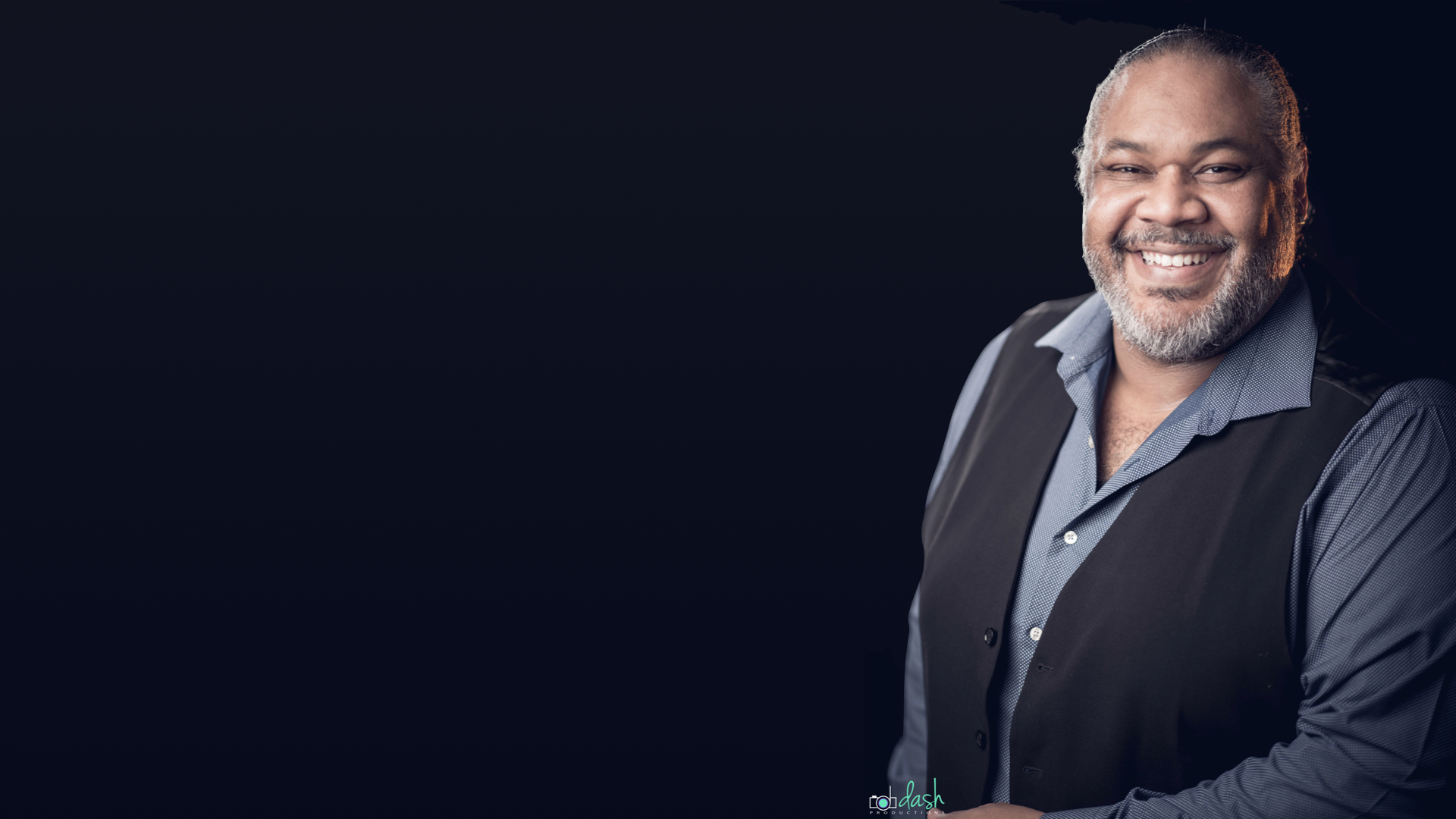 Michael Sean Harris has always had a deep abiding passion for music and has been singing and performing since starting High School at Wolmer’s Boys, where he was part of the school choir. Throughout High School he performed for various concerts and productions, but it was not until sixth form that he composed music for a production entitled Not Just a Nightmare to be entered into the School’s Drama Festival. It was there that he was seen and invited to join the Little People and Teen Player’s Club by Cathi Levy.

For several years since 1991 Michael had been a member of The Little People and Teen Players Club and a founding member of Ashe Caribbean Performing Arts Ensemble. He now serves as Board Secretary and Foundation Director for the Ashe Company.

In 1996 Michael was accepted, on scholarship, to Berklee College of Music, Boston. He graduated, June of 2000 with a dual major in Music Synthesis and Contemporary Writing and Production.

Directly after, Michael was contracted as the lead male vocalist for ‘Holiday on Ice-In Concert’. The show opened in Paris in August, 2000 and toured Europe for three years.

In 2014, Michael presented ‘Lionheart: Cultural Currency’ at TEDx, Berklee Valencia, where he introduced the concept behind his current project- ‘Folkbeats and Blipspeak’, a fusion of Jamaican Folk and electronic Music. He has since released two singles from this project: Dis Long Time Gyal in 2017 and more recently in June 2020, All Forgiven.

Michael earned a Master’s degree in Music Technology Innovation from Berklee College of Music’s Valencia campus in Spain and worked as an academic consultant for the African Music Institute in Libreville, Gabon.

He is a former Acting Dean, and Director of Studies for the School of Music at the Edna Manley College. He has also taught Pop/Jazz voice and Jazz Harmony and has written music technology and performance courses for their degree programme and specializes in performance and procedural design and music technology. He is currently serving as the Head of the Performance Department. In February 2020, he launched his podcast: Mike’s Moment Of.. which serves as a platform for documenting and sharing the stories of some of the well-known champions as well as unsung heroes of the Jamaican culture. Michael recently published his first book, Mike’s Pocket Performance Pointers aimed at improving the stagecraft of vocalists.

Michael is a primary consultant with Digicel Rising Stars, acting as performance coach and can also be seen regularly on television as one of the resident judges on the High School Choir competition- TVJ’s All Together Sing.

Before registering and before your session, click the hyperlink below to fill out the intake form.

Can I get a refund if I'm unhappy with my purchase?

Coaching is non-refundable. I advise that you decide before purchasing the package if I am the right coach for you.

Can I reschedule a session?

Should you need to reschedule a coaching session, you may do so by providing 48 hours notice in advance of your session and making up the session within a week of the originally scheduled date. Sessions not cancelled 48 hours in advance will not be eligible for make-ups. It is important that you prioritize this work to receive the full benefit of your coaching package.

How do I schedule my appointment?

Upon purchasing coaching, you'll receive further instructions on how to book a time for your appointment.

Can I purchase coaching more than once?

Absolutely! If you find yourself in need of coaching more than once, simply purchase the coaching again.